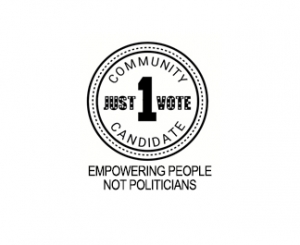 JUST 1 VOTE - An equal opportunity advocacy group raising funds and support for local ethical and transparent political representation  "Community Candidates" is a campaign to return political reorientation back to its first principles of  "Community Representative" rather than four year dictatorships.

The  'JUST 1 VOTE - Community Candidates' concept it to return political representation back to the people, the original purpose of a political or community representative was to report and represent the opinion of the people on every issue.  Modern technology tools offer us the ability to easily share information on issues and discussions in front of  city councillors - JUST 1 VOTE

Tweet
No data found that matches your query
No reports posted yet!
Videos